Risky Behaviors Of Drivers Who Use Alcohol And Marijuana

Risky Behaviors Of Drivers Who Use Alcohol And Marijuana

Impaired driving, also called driving under the influence, refers to operating a vehicle while impaired by alcohol or recreational or prescription drugs. Unsurprisingly, DUIs result in thousands of deadly crashes in any given year.

Safe driving depends on several factors, including your ability to follow posted speed limits and road signs, pay attention and respond to what other drivers are doing and not doing anything unexpected by other drivers that could cause a collision.

Those who use alcohol and marijuana before getting behind the wheel are among the most dangerous drivers – they tend to be unpredictable, take risks and drive aggressively, posing a danger to everyone on the road.

What Makes Driving Under The Influence So Dangerous?

Multiple studies show a direct relationship between how much THC (marijuana’s primary psychoactive chemical) is in the individual’s blood and their inability to safely operate a vehicle. Marijuana is also the illicit drug that is most often found in the blood of drivers involved in fatal accidents. In fact, two large European studies concluded that drivers who had used marijuana were about twice as likely to cause a fatal crash than drivers without impairment.

Similarly, alcohol-related driving fatalities account for a significant portion of total vehicle fatalities in the United States. In 2019 alone, over 10,000 people died due to drunk-driving crashes.

According to one survey, drivers who use alcohol and marijuana at the same time were considerably more likely to drive under the influence compared to those who only drink alcohol. They are also more likely to engage in dangerous driving behaviors than their alcohol-only counterparts or those who abstain from both marijuana and alcohol altogether.

Those who use both at the same time are more likely to:

How Nevada Insurance Enrollment Can Help Safe Drivers Save Money

♦ How To Find Auto Insurance After A DUI Charge

♦ Will a Parking Ticket Effect My Auto Insurance Rate?

♦ Are You a High Risk Driver?

♦ Clean Your Driving Record to Save on Auto Insurance 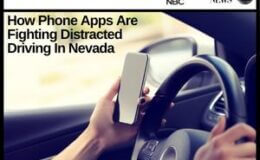 How Phone Apps Are Fighting Distracted Driving In Nevada

Why Did My Auto Insurance Company Check My Credit? 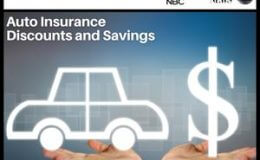