ACA Pros and Cons: Will It Last?

ACA Pros and Cons: Will It Last?

Will the Affordable Care Act Be Repealed and Replaced?

The Affordable Care Act was signed into law over a decade ago with the purpose of making affordable, high-quality health insurance available to everyone regardless of employment status or income. It also put new protections into place for consumers to help prevent high health care costs or denied coverage.

As a result of the ACA, many who had not been able to get health insurance due to limited means or pre-existing conditions could obtain coverage. While a lot of good has come from the law, there have been serious downsides as well, leaving many to wonder whether the ACA will stand the test of time or be repealed and replaced.

The Benefits of the ACA

More accessible coverage. Within the first five years after the ACA was signed into law, more than 16 million Americans were able to sign up for health insurance. The majority of the newly insured were young adults.

More affordable coverage. Those that qualify/qualified for a “Subsidy” where the Government helps pay for your health plans, this made the premiums more affordable. Under the ACA, health insurance companies must spend at least 80% of policyholders’ premiums on medical care. Only 20% of the money they take in can go towards marketing, overhead and administrative costs. This is called the “Medical Loss Ratio”. If the health insurance company does not meet the 80/20 target, it is required to pay back the money from premiums back to the policyholders.

Coverage for Maternity and Mental Health. Prior to the ACA, major medical plans would most likely not cover maternity, at all, and most plans had no coverage for mental health, but it depended on the plan. There was no coverage for these medical needs.

The Drawbacks of the ACA

What to Expect in the Future

As it is, the ACA undergoes scrutiny and is subject to changes all the time, and each new administration likes to get in their own changes. The general public is somewhat divided on whether the ACA has caused more harm than good, and the current and future presidential administrations are likely to continue making changes. Most of the ACA’s critics are not interested in seeing the law repealed, they simply want to address its problems. Ultimately, it is unlikely that we will see the ACA repealed and replaced anytime soon.

Call Us For Assistance

Get a FREE Quote

While the ACA is far from perfect, it has made health insurance accessible to many. At Nevada Insurance Enrollment, our health insurance agents can determine whether you qualify for a subsidy to bring down or eliminate your monthly premium. We help you compare plans across multiple health insurance providers to find the right one for your needs.

Please call to make an appointment 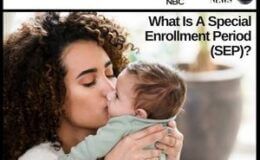 What Is A Special Enrollment Period (SEP)? 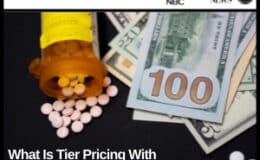 What is Tier Pricing With Prescription Medications?