Is Raising the Speed Limit Worth the Risk?

Is Raising the Speed Limit Worth the Risk?

Is Increasing the Speed Limit a Good Idea?

Whether it is our morning work commute or a cross-country road trip, we all want to reach our destination as efficiently as possible. Currently, 41 states allow speed limits of up to 70 miles per hour on limited-access freeways. In some states, including Nevada, speed limits may be as high as 80 mph. In an effort to keep our roads safe, there is much discussion surrounding speed limits – specifically, whether they should be increased.

The Case for Raising the Speed Limit

While speed limits can be as high as 80 mph in several states, you may notice that many roads have posted speed limits of 55 mph. This speed limit dates back to the 1970s, when oil shortages were a concern. The logic behind the rule is that setting the maximum speed at 55 mph would improve road safety while also reducing fuel consumption.

Obviously, this rule has since become outdated. Vehicles are far safer and more fuel-efficient than they were 50 years ago. Additionally, plenty of studies show that people are more likely to follow the flow of traffic rather than the posted speed limit. In fact, going the speed limit when the flow of traffic is 10+ mph faster can result in an accident.

Those who argue for raising the speed limit believe that a posted limit that reflects how fast drivers are likely to go gives credibility to the speed limit, making it more likely for drivers to comply.

They also argue that it promotes a better relationship with law enforcement. Instead of instinctively hitting the brakes when cruising past a speed trap while driving faster than a randomly imposed speed limit, drivers can go about their business without worrying about getting pulled over despite driving safely.

The Case Against Raising the Speed Limit

While vehicles are safer than ever and roadways are engineered to prevent accidents, the fact is that traffic fatalities claim thousands of lives per year. Despite arguments that the majority of posted speed limits are outdated, and unrealistic, numerous crash tests show that higher speeds greatly increase a driver’s risk of serious injury or even death. In fact, a study conducted in 2019 discovered that rising speed limits have resulted in over 37,000 deaths in the past 25 years.

Whether you have a clean driving record or have a few speeding tickets under your belt, a Nevada Insurance Enrollment auto insurance agent can help you compare auto insurance policies from different insurers to find one that provides great coverage at an affordable rate.

♦ Auto Insurance with a Suspended License

♦ How To Find Auto Insurance After A DUI Charge

♦ 5 Factors to Consider Before Getting an Auto Loan

♦ Will a Parking Ticket Effect My Auto Insurance Rate? 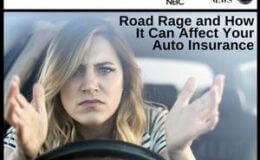 Road Rage and How It Can Affect Your Auto Insurance 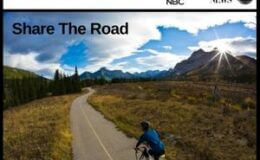